Friends –
In a US job market with shorter job tenure (now 4.2 years, from 4.6) , one challenge is how to architect a career that tells a narrative, without seeming like a job-shopper. One rule of thumb we try to share with twenty-somethings entering the workforce (or MBAs returning to it), and one which may seem amazingly short to Japanese readers of this newsletter: stay at least three years. The implication is that you stayed through some hard time, and had to break through some barrier, or at least learned to deal with some measure of frustration. (Despite what MBA case studies may tell you, you may not be the CEO right away.)

Friday July 28 at Stanford: Japan-US Innovation Awards Symposium: in addition to keynote speakers Cylance and Preferred Networks, investors Floodgate (Ann Miura-Ko), DCM (David Chao), and Geodesic (Ashvin Bachireddy) will share insights on taking startups global. Pokemon and Niantic will talk about their collaboration – Pokemon Go. Both Michi and Jon will be there as panel moderators.

Tuesday August 1 in San Francisco (DG717): What I’ve Learned, with Wireless Pioneer Jim Omura.  As educator, entrepreneur, CEO, and strategist, Dr. Jim K. Omura has influenced generations of students, engineers, and entrepreneurs.   Now at work on his memoirs, Jim will share insights from his career as professor at UC

LA; serial Silicon Valley entrepreneur, including co-founder of Cylink Corporation, which went public in 1996; and most recently as Technology Strategist for the Gordon and Betty Moore Foundation, where he managed $600M in grants promoting access to communications technology. Jim will also reflect on his life growing Japanese-American in the Bay Area in a time of tumult, including time in the wartime internment camps and postwar Japantown. Jon will interview Jim. A chance to learn from one of the true greats of communications.

August 21 in Palo Alto: What I’ve Learned, with Mayfield Fund partner Tim Chang.  Venture capitalist and musician Tim Chang was born in the US to Taiwanese parents,

and has spent time in Japan, Korea and China. Now managing partner at the Mayfield Fund, Tim will talk about making the jump from automotive engineer to MBA to venture capitalist with investments in the US, India and China, and exits in wireless, gaming and devices.  Jon will interview Tim, and may or may not refer to their time playing in a band together in Tokyo.

Summer is here – and with it, family roadtrips, heat and wildfire and massive Antarctic chunks.  To paraphrase The Most Interesting Man – stay cool, my friends, stay cool.

We’ve been lax in posting our newsletter to this website. Below is #23, on immigration and competitive advantage.

The IT sector shows how hard sustained excellence is, particularly in markets with rapid upgrade cycles like PCs and phones. BlackBerry was part of the toppling of Motorola and SonyEricsson, yet was toppled within years by Android and Apple. Dell, which disrupted the PC industry through its supply chain excellence, saw its advantage whittled away over time.  Information Rules (which Jon uses in his Haas classes) is full of examples like Excite@Home and Pointcast, and spends much ink on the Wintel duopoly, itself later weakened by the secular shift to mobile. Being great for a long time is hard, and this is what makes the achievements of IBM and GE so worthy of respect. 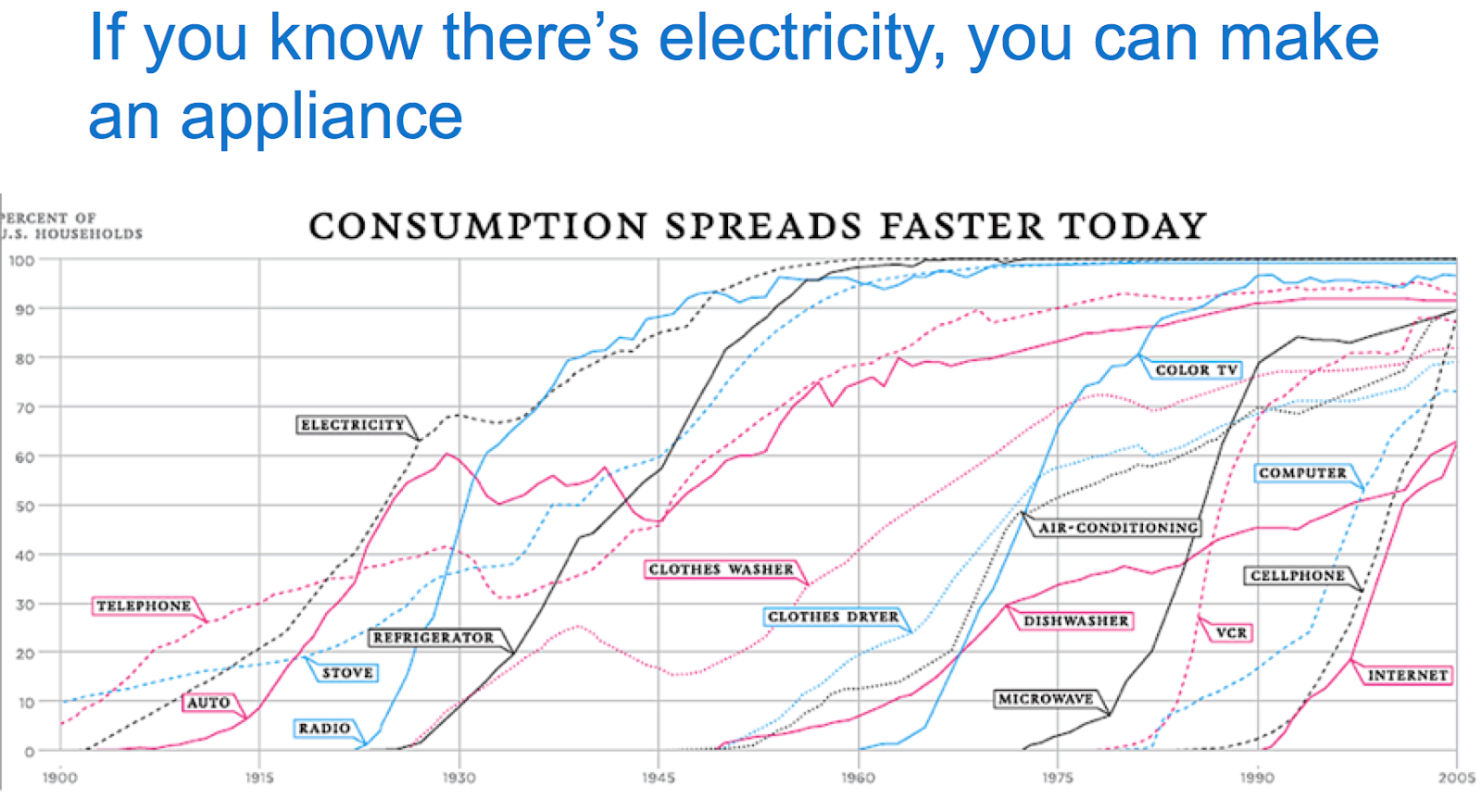 Silicon Valley itself is an example of positive network effects – people come because other smart people are here, doing interesting things; the more smart people come, the more interesting things we can do, and therefore more people come, and capital flocks to where these people are. Companies embody this too – people flock to companies because other smart people work there. But this is fragile. You see this with the ebb and flow of “It” companies – when they lose that mantle, talent starts to leave, and once they leave, the cycle accelerates.

Which brings us to the hot topic of immigration.

The chart below shows the share of the immigrants in California, San Francisco, Silicon Valley and the US as a whole.  (Source data here.) 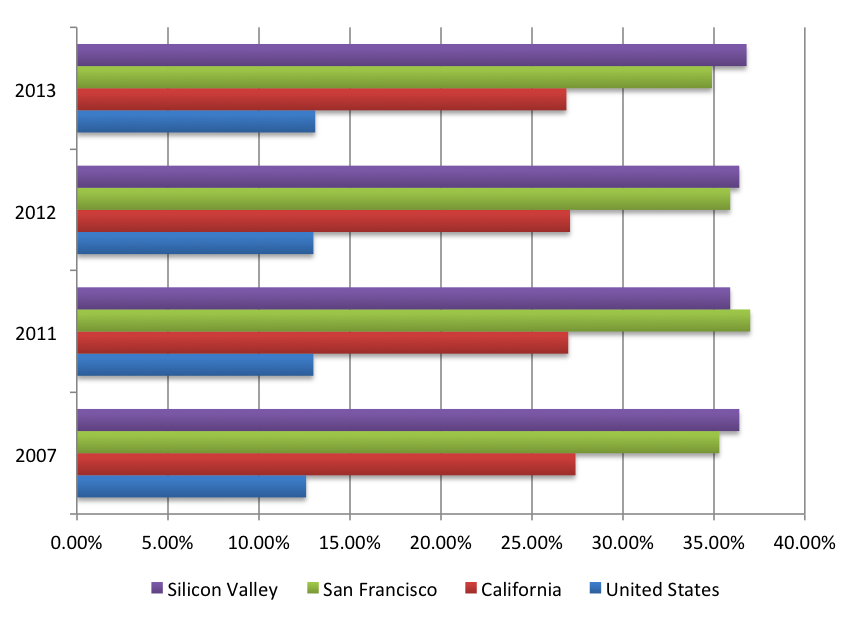 Related – it’s been well reported that over 40% of Fortune 500 companies were founded by first-generation immigrants or their children. And that Steve Jobs, whose father was from Syria, wouldn’t be able to immigrate to the US if the recent executive order on immigration was enforced. This is called throwing the baby out with the bathwater.

The chart below shows birth rates and foreign born populations in the US, UK, Germany, China, Japan, South Korea, Indonesia and Brazil. (Data via the World Bank. Data is from 2014, i.e., before Germany absorbed immigrants from Syria en masse.) 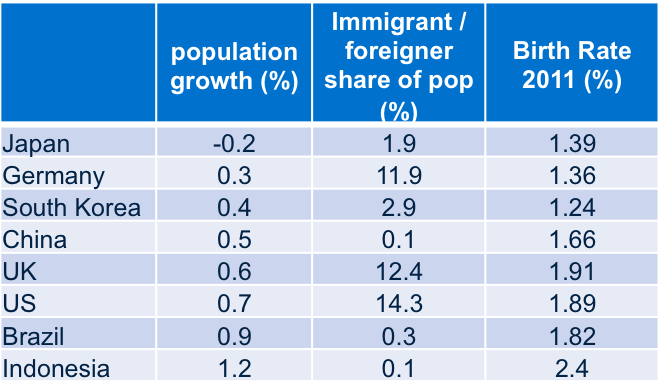 These are sorted by population growth rate.  Which economies would you put your long-term bets on?

We would argue that robust immigration is America’s most sustainable competitive advantage – the fact that bright, motivated people who would probably do just fine in their home countries want to move here is the most precious thing we have.  And messing with this could have long-term, dangerous ripple effects on our economy. For network effects can be positive and negative.

Reposted from our newsletter.

Leapin’ lizards!  A month has passed from our last epistle.  (Didn’t read it? Don’t worry, we’ll wait.)  With fall has come good news. We have started work for FujiFilm’s Open Innovation Hub in Santa Clara.  Open Innovation Hub is a showcase for core technologies developed by FujiFilm, and the company is now looking for productization partners.  FujiFilm is a lot more than a film company, and has a long list of core innovations on display, from polymers to imaging to bioengineering to functional molecules.  Please contact us for further information.

Ever gotten a LinkedIn invite from someone you didn’t know? But seemed somewhat professionally relevant so you said yes?  We’ve certainly had our share of such invites. This poses the question of social graph integrity – how close are you to them? Are 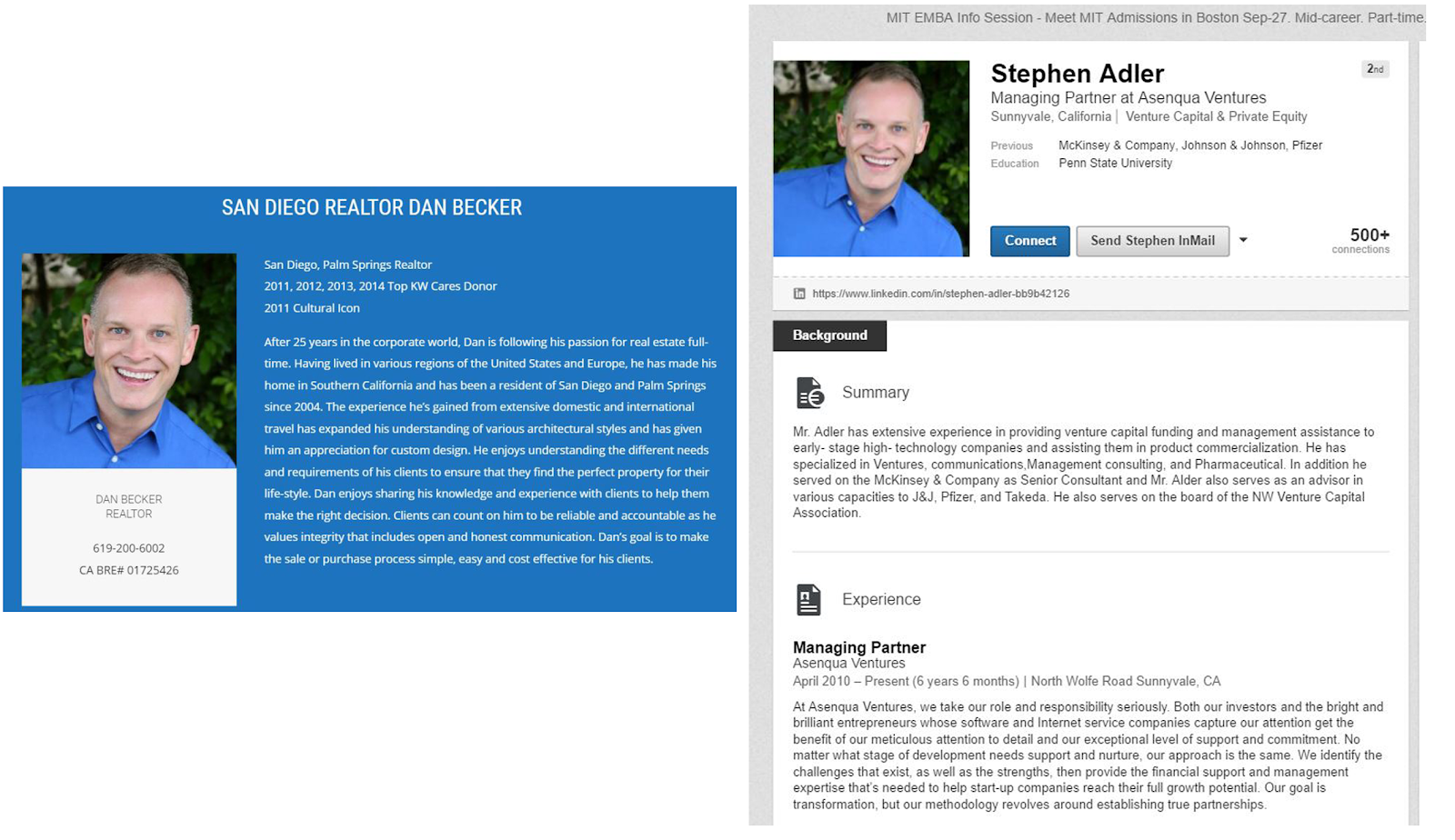 people really who they represent themselves to be? Dedicated Haas alum and executive placement professional Marty McMahon, managing director of placement firm FlemingMartin, got a LinkedIn request that just didn’t feel right. Dan Primack with Fortune has the expanded story (“The venture capital firm that wasn’t there”) of what Marty’s instincts and subsequent sleuthing uncovered.

We attended RoboBusiness and Telecom Council TC3. (Jon moderated five panels in a row – on open source, connected car, AI, IoT, and SDWAN, and featuring panelists from Cisco, Honda, IBM, Intel, T-Mobile and more – and left with a renewed awareness of the telecom sector’s love for acronyms.) We particularly liked IBM’s definition of AI – augmented intelligence – as it highlights a symbiotic relationship between human and machine, rather than the occasionally adversarial (at least to some) nuance conveyed by artificial intelligence. Setting next to China Mobile, the world’s largest mobile operator with 840M subscribers, we had a renewed appreciation for REALLY BIG DATA.

Late August means back-to-school, and, in the working world, when suddenly everyone and everything seems to come back to life after the summer.  Around the corner, just beyond Labor Day, waits September, with the usual rush of conferences and deliverables.

On a back-to-school note, Jon will take the podium this fall semester for an undergrad IT Strategy course at the Haas School of Business. How do undergrads compare with evening MBAs? We are starting to find out.  Further good news – thanks to Japan’s Ministry of Foreign Affairs and its Kakehashi Project, Jon will also take a group of Haas undergrads to Japan in January.

After a series of funny-but-not-funny covers from Time and the New Yorker, 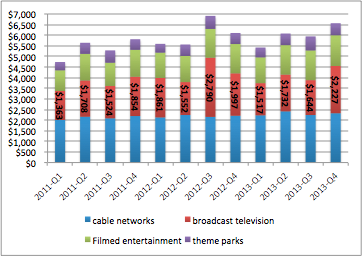 we will briefly turn our attention to that quadrennial boon to TV advertising in the US – the presidential election.  In general, presidential election years are good times for broadcasting. (This year, one campaign has more money than the other. Will that hurt broadcast advertising? We shall see.) A look at Comcast’s earnings from the last full election year (2012) shows a nice pop for its NBCU business unit in Q3-2012, i.e., the last full quarter before the November 2012 election. 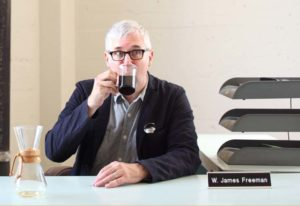 Japan is known for its emphasis on and appreciation of artisanship. With that, we are delighted to announce that Blue Bottle CEO James Freeman will speak on Wednesday August 31 at 6pm on Blue Bottle’s successful Japan entry, at the Cubberley Community Center Theater in Palo Alto, as part of the Japan Society’s Big in Japan series. Come on down and hear about artisanal coffee made in Japan influenced Freeman…and how Japan is appreciating a fine cup of Blue Bottle Coffee.